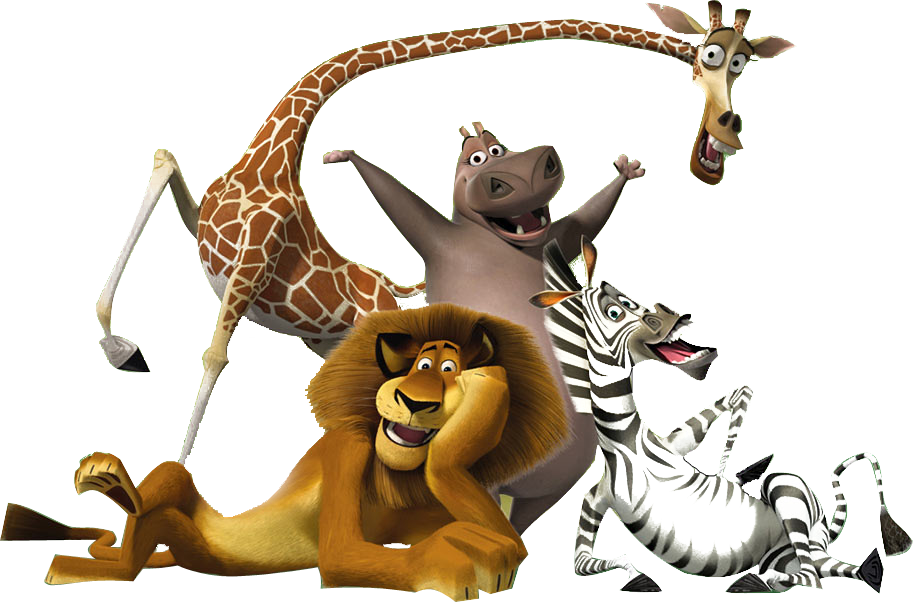 Marty (played by Chris Rock), was a zebra that felt inclosed with life in the New York Zoo. He felt he was wasting his life, that the paintings around his habitat illustrated a life he could never know. His friends, a crowd attraction named Alex the Lion (Ben Stller), Melman (David Schwimmer),a hypochondriatic giraffe, and a sassy hippo named Gloria (Jada Pinkett Smith) are all satisfied with zoo life. But with a few quirky penguins' influence, Marty takes a chance and breaks out of the zoo to venture to paradise; Conneticut.

Not only did I need to go outside my home, take a deep breath, and wipe my eyes after witnissing this animated wonder, but I felt the intense desire to review it. Pain, suspense, heart-wrenching warm family moments with a comdeic glaze; this movie had it all. In this action packed, family-freindly masterpiece created by Dreamworks, you experience more than just a crazy tropical adventure; you experience true happiness.

What more could you ask for than sentient cars voiced by legendary actors such as Owen Wilson (Lightning McQueen), Larry the Cable Guy (Mater), and Bonnie Hunt (Sally). And John Lasseter, creater of Pixar Studios, brought just that. Pure genius was at work here when they wrought an unnessarily and unusually profitable movie. An incredible piece of cinematic beauty.

I don't really understand what all the craze is about a race car with eyes and a mouth dented into it's front bumper (it has teeth and pupils??), but you know, whatever. Lightning McQueen is a famous race car that get's lost while transported to the next race. He is brought into Radiator Springs, a town in the middle of nowhere, where he meets a friend, a love interest (because she's the only other female in town I guess), and an inspiration. With them at his side, he finds his way to the race track and brings home the trophy.